If your office is like mine, you celebrate the holidays (but primarily Christmas) with a gift exchange of some sort as well as a party. I’ve found the office holiday experience to be hit or miss. Now, with the help of NBC’s The Office, here are some pointers for making December in the workplace awkward, upsetting, and unfortunate.

If you’re the boss, take these thoughts into account, and you’ll be remembered as the guy (or girl) who inadvertently created the human resource regulation banning further holiday parties throughout the company. 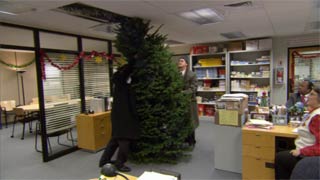 1. Destroy company property. In a characteristic case of poor planning, Michael Scott erects a Christmas tree taller than the height of the ceiling. The team later decides to saw off the top of the tree. You don’t own objects around the office, the company does. Don’t worry about any damage you might cause. 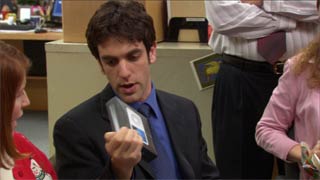 2. Disobey gift exchange rules. When planning a “Secret Santa” gift exchange, it’s common to set spending limits such as $20 or $25 to ensure a little bit of equity among coworkers. As this is a “common” rule, it only applies to common coworkers. As the boss you are encouraged, even expected, to spend more than your underlings by a factor of 20. Michael presents his favorite employee, Ryan the intern, with an iPod, while others received handmade or inexpensive gifts from each other. 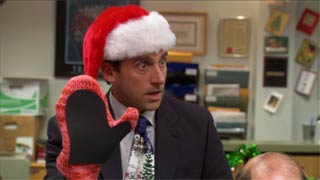 3. Be ungrateful. Effort means nothing if your Secret Santa presents you with a crappy gift. Like Michael, don’t attempt to hide your disdain. In fact, use your disappointment as an excuse to change the type of gift exchange from Secret Santa to “Yankee Swap” (also known as “Nasty Christmas” or “white elephant”), in which everyone has a chance to steal presents from the others. Optionally, use “reverse psychology” to convince your coworkers to take the crappy gift from you. 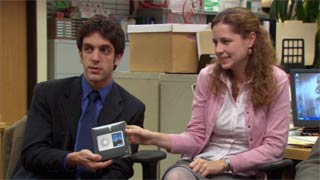 The good news is that you’ll feel special when everyone wants your $400 gift rather than the gifts worth $20 or less. Don’t worry about upsetting the Party Planning Committee. 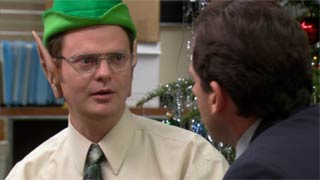 4. Brag about your bonus. You can afford purchasing the iPod because as the boss, you were the only one to receive a holiday bonus. Make sure you mention the amount of your bonus loud enough for everyone in the office to hear. After all, you deserve the extra $3,000, and they don’t. 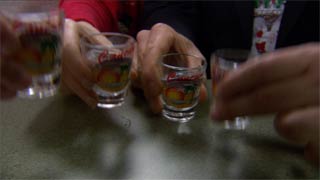 5. Provide copious amounts of alcohol. Nothing can get a party going like vodka, and more so in an office environment. With alcohol as a social lubricant, there will always be stories to tell. Alcohol will also help you win back favor from your employees.

When I started my current position last spring, everyone was still talking about incidents from the previous year’s holiday party involving an excessively drunk coworker. That party was off-site, but as the boss, bringing alcohol against HR’s warnings will allow you to provide this kind of opportunity for someone else. 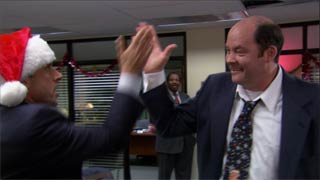 6. Invite a jerk. Perhaps he’s your friend from your pre-managerial days, or maybe he’s just the actor who frequently plays jerks in movies and television shows. He’s always inappropriate, even before he is drunk. There’s no reason for his presence at the party, but as the boss, you can invite whomever you like. 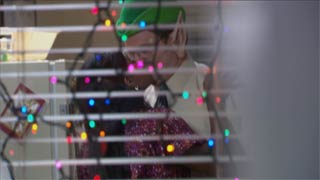 7. Designate the break room as the make-out area. We all spend so much of our waking lives with the same people, cooped up in the same office, so sexual relationships are healthy and should be encouraged. Make sure you are vigilant; as the boss, it is your responsibility to know who is hooking up with whom. This information will come in handy for blackmail later. Also, award bonus points for inter-species relationships, such as this human/elf combination… 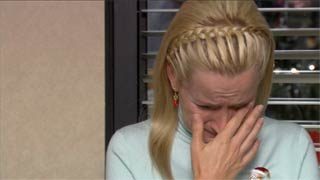 … particularly if it makes another human jealous. 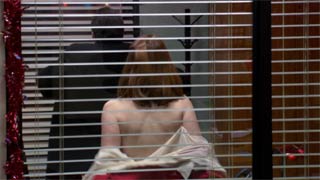 8. Encourage promiscuity. As the boss, it is natural for your employees to be sexually attracted to you. Most of the time the people who are the most forward are not the ones you’d like to see without clothes. Nevertheless, it is important to take a photograph for posterity or for “art for the sake of art.”

Follow these guidelines, and you’ll be the producer of an unforgettable and unrepeatable holiday event.

Thanks to NBC/Universal and Universal Studios Home Entertainment for the images.

< Previous Time to Run and Hide From Stocks?
Next > Thanks For the Bats

Just watched it tonight and your post kept coming back to me. So I dug it out of my reader. Unbelievably awful, but less painful than watching Michael do his improv class….

10K: It’s an episode from the second season, I believe the year before last. I’ve lost track.

Is this a new episode? The Office party sounds like fun

This post had me in stitches. I haven’t seen most Office episodes, but I know enough about it to appreciate some of the nuances–and then I’ve done the whole office holiday party and such.