Bonuses Could Be Taxed at a Rate of 50%

Last week I mentioned France would be seeing a new but insignificant tax on carbon emissions and considered the possibilities, including possible reactions, if a similar tax was initiated here in the United States. Both political sides are criticizing this tax and it’s not expected to be effective in terms of its goal of encouraging non-carbon-based fuels.

Meanwhile, the United Kingdom has approved a new tax that will likely be more effective at its goal: raising money for the government. Banks who have employees in the U.K. will pay a one-time tax for every employee who earns a bonus over £25,000 (about $40,000). The company, not the employee, would be required to pay 50% of the amount of the bonus that exceeds £25,000. 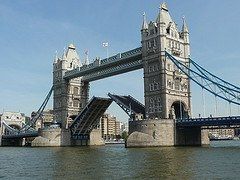 In the United States, despite high unemployment and a public that is not very enthused about Wall Street bankers slated to receive some of the biggest bonuses ever distributed, it’s unlikely that such a massive tax would be approved by the government. For the sake of the economy, politicians generally stay on the side of big business. It is apparent that companies want to keep their top talent and are willing to move mountains to ensure they can pay their star employees whatever the market demands.

With the United Kingdom, it’s likely we’ll see companies pay the tax and maintain their level of bonuses. I expect the same thing would happen on this side of the Atlantic; with banks making money once again, they would be willing to take the tax expense and the reduction of shareholder value if it means keeping the talent they want to keep.

Do you think the United States would see a bonus tax rate of 50%, even if it is just a one-time event?

< Previous No More Cable TV For Me
Next > Are Values-Based and Socially-Responsible Investments Worthwhile?

The public LOVES Wall St. folks, and that’s why there won’t be this ridiculous tax. Proof of love?

Citigroup is raising $20 billion from the public now, to pack TARP (us) back, so they can pay themselves big bonuses. BOA ML just raised $20 billion from us several weeks ago, and now Wells Fargo.

If the public disliked Wall St., these banks wouldn’t be able to raise money from us AGAIN right now.

Watch what people do with their money, and not what they say.

Your assumption here is that the group of people buying stock as the companies raise funds are on the whole the same group of people who funded the TARP and that’s not true at all. In public offerings like these, it’s not you everyday tax payer footing the bill, it’s major institutional money maanagers, and a good portion are foreign.

Exactly. And that’s why it’s so ridiculous when you hear people say “You’re using our tax payers money to pay yourselves big bonuses! Give us back our money” etc. Why do we assume that it’s our money which was earmarked to bail out Wall St.? Our tax payer money could have been used to fund education for all we know.

But now, I disagree with you again. Institutional manager’s clients are who? They ARE me and you, unless you’re saying teachers, policemen, you and me don’t have pension funds, 401ks, IRAs, we contribute to? We are the clients, and we are tax payers. I don’t have to put $ with the Fidelity Magellan fund who participated. I can move to an ETF.

My rule is no apathy. You can’t complain about Wall St., and at the same time be OK with your fund you invest in give Citigroup money to raise capital.

As a banker in the US, I can confirm that my meager bonus is taxed at approx. 35% (highest income bracket) at the federal level, and similarly the highest rate at the state and local levels, despite making under 80K a year (which coincidentally means I’m not elgible to deduct interest on student loans). The end result is approx 50% in tax. The only real incentive is to store away bonus money in a tax-deferred 401k; but if bonus is considered a part of necessary income (for, let’s say reasonable rent or other expenses in an expensive city), then there’s a problem.

As Chris said, it’s important to note that income from bonuses and commissions are not taxed at a higher rate here than “regular” income in the United States. All income is the same (unless you are a fund manager and your income is considered investment gains and your rate is therefore only 15%). Companies often choose to take more out of your bonus check… but you get that back. You should be able to change your bonus tax withholding to some degree to get more of your income now and a lower refund/higher tax bill later (though you might be only able to go the other way with your withholding election…).

Medicare/aid and social security taxes still come out at the same rate.

This is from some google research I did after hearing of the year end bonus I’m receiving (no where near as much as they’re talking confiscatory tax-wise here).

When someone can explain to me what right they have to confiscatory levels of my income over my own right to the fruits of my labor, I’ll concede. Until then, I’ll keep fighting it, and I don’t care who is making the money, even if the general public hates them. I don’t ask for professional athletes who are paid insanely high amounts to be taxes extra. Why should it be any different for other industries?

My pay structure is base salary plus commission. Although commissions are different than bonuses, all my commissions are taxed at about 50% right off the top. Needless to say, that is a disincentive to work hard. On the other hand, I can’t really complain because I get some of my own money back when I file my taxes, I have a job, and at least I have the ability to earn extra money above my base salary as a lot of people can’t do that. So, all in all, I count my blessings, but that doesn’t always take the sting out of seeing that huge hit on my paystub!

I’m not sure what the US rate is on a bonus, but its higher than ordinary income. The best bet is have your company structure the bonus as a loan. For instance you have a $10k bonus. You try to negotiate to have it structured as a forgivable loan at the rate of $1000/month. They give you the full amount up front and it is forgiven at a rate of $1000/month. You’ll need to pay quarterly taxes. The drawback is you’ll have to work there for 10 months to keep the money. But the taxes will be an easier burden and you still get the money upfront to invest.