Buy-and-Hold: A Losing Strategy for the Future?

This isn’t the first time smart professional investors have considered abandoning the buy-and-hold strategy. Most of the controversy has surfaced following the recession. I asked whether buy-and-hold was still a good investing strategy a few years ago. Investors who had been following the buy and hold strategy — forgoing active trading in favor of buying stocks for the long term and sticking with a philosophy of patience — saw the values of their stock-heavy portfolios plummet, following the stock market at large.

This kind of catastrophe shocks investors to the core and gives people a chance to challenge their assumptions and choices. The leading argument against the buy and hold strategy for investors going forward focuses on volatility. Judging from market performance through and after the recession, stocks seem to be riskier than they have been in the past. Some investors believe that the fundamentals that made buying and holding stocks for the long term work in the past, providing an 8% average annual return over 30 year periods, have changed. 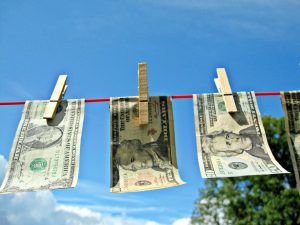 Markets are more volatile now because the bulk of investing activity isn’t done by humans making purchasing and selling decisions based on available information, most trading is accomplished by computers reacting to market changes in microseconds. Complex investing instruments like derivatives and hedge funds make it possible to take advantage of economic situations generally inaccessible via stocks.

In an interview with CNN Money, economist Andrew Low has this to say about buy-and-hold:

Buy-and-hold doesn’t work anymore. The volatility is too significant. Almost any asset can suddenly become much more risky. Buying into a mutual fund and holding it for 10 years is no longer going to deliver the same kind of expected return that we saw over the course of the last seven decades, simply because of the nature of financial markets and how complex it’s gotten.

Think about how that person earned 4%. He lost 30%, saw a big bounce-back, and so on, and the compound rate of return over the period was 4%. But most investors did not wait for the dust to settle. After the first 25% loss, they probably reduced their holdings, and only got part way back in after the market somewhat recovered.

His argument is that buy-and-hold doesn’t work because investors don’t follow the guidelines of the strategy. Carl Richards pointed out in his recent book, The Behavior Gap, that investor’s actual returns don’t match “investment returns” because people are human and react like humans. When they do react, the often do so improperly, like reacting to a high-flying stock by buying at a high price and selling when the market sinks the stock’s value. If buy-and-hold doesn’t work, it’s not a failure of the strategy, it investors’ failure to properly follow the strategy thanks to their human brains.

Do you plan to use a buy-and-hold strategy for your investments in the future, and do you expect the long-term returns in the stock market we’ve seen over the last century continue in the future?

Investing, by definition, involves a positive “expected return on investment.” Gambling is when the expected return is negative, but you do it anyway. At this point in history, the expected return over then next 6 months to a year is negative. All the analysts with a long-term view to historical patterns know it’s going down. May it will be a year and a half. Either way, at some point, there were be a significant drop. Holding now means that you’re gambling. Lock in your gains while you can, then buy back after a significant drop. Of course, this requires discipline. Buy and hold is for people who want to “not think” or “not worry” about the market fluctuations. It works because, over time, you will make money. However, at this moment, you are throwing away your gains on a gamble, pure and simple.

i too was expecting this to be buy and hold has been shown to not work. Something about rate of return, inflation, and some other factor i did not know about. Glad to see it is saying the psychology of buy and hold is hard to overcome.

We’ve been hearing that “buy and hold doesn’t work” for years and years when, in fact, all the objective data demonstrates that well-structured, low-cost index portfolios beat the vast majority of active investors (see, for example, the 2011 SPIVA data). Even during the “lost decade”, a well-structured buy-and-hold strategy earned 7.5% per year, on average (the S&P500 earned zero). There is no evidence to suggest that market volatility decreases the odds for buy-and-hold investors. Ignore the noise people! Wall Street and its legions of active managers are good at one thing: taking your money. They suck at beating the market.

One must consider and factor in the cost of trading fees when looking at the whole picture. Smaller accounts make it almost impossible to be an active trader without getting eaten up with fees. Larger accounts, not so much.

People who shun the risk of the stock market, try to time the market (usually by chasing returns), or do something even worse, like put all of their money into commodities, will pay the price over the long term, even if they succeed over shorter periods.

I agree. Diversification is the key. Though I doubt most people have the ability to diversify properly. Most people think putting everything in stocks and bond funds is diversification. I don’t think this is enough. Buying rentals and commodities is a good way to diversify.

Even though I was made fun of for many years, we never invested in stocks or mutual funds. All our money ended up being safe.

Good call. You may not be earning much on interest but at least your money is safe.

My parents mostly invested in rentals and are very happy with the constant stream in income.

The S&P 500 closed today at 1343. That is the same level it held back in October 2006. If you BOUGHT and HELD the SPY ETF (which tracks the S&P 500 index) during that period your only source of income was the dividend payment which was about 2% per year average.

This means that I could have bought a 5-year CD back in 06 yielding around 4-5% and made double what the SPY made and here is the kicker: risk-free (the CD is FDIC guaranteed up to $250K).

I rest my case. Buy and Hold is indeed Dead. You should only Buy when valuations are extremely low and Sell when valuations are high. There are several ways of estimating valuations (PE Ratios, Book Values, etc). Maintain a diversified portfolio and rebalance periodically (sell winners and buy losers).

Tony, but what about now? If you took your money and invested in 5 year CDs that a under the average inflation rate, you are losing money also.

I agree though going the value investing route is the best method to do well in the stock market for the “long term”.

I agree. I blame the federal reserve for keeping rates low and killing savers with low interest.

“Markets are more volatile now because the bulk of investing activity isn’t done by humans making purchasing and selling decisions based on available information, most trading is accomplished by computers reacting to market changes in microseconds. ”

I disagree the cause of volatility. The markets are volatile because of the economy not because of short term trading. Trading by microsecond has existed for a few years before 2008.

I was thinking the exact same thing…except I was going to base it on the fact that people have been saying that buy and hold has died long before microtrading yet here it still stands based on the arguments made by Mr. Mustache

Whew, the article title scared me, since I was wondering if some real evidence had been found that buy and hold was not a valid strategy anymore!

But when the economist chalked it up to the frailties of beginner investor behavior, I was reassured yet again that long-term investing (aka buy and hold) is still the winner.

People often cite the lack of return from the stock market over the past 10 years as a nail in the coffin of investing. But they’re usually quoting only the ticker price of the index, while ignoring the significant dividends that the stocks pay each year. Those alone account for an over 20% return on an otherwise flat 10-year period.

And if you were a saver buying shares at regular intervals through the crash like most of us, you’re actually very happy about the 2008-2009 stock market crash: you are now holding WAY MORE SHARES, which you picked up at a huge discount during those years. And now we’re back up at near-record levels, making it an ideal time for people about to cash some out and adjust their asset allocations for retirement.

I’ve been buying (and holding, and buying more) since 2006, when I first started investing at the HEIGHT of the market. I managed to not take out any money after the stock market collapse of 2008 and 2009. My ROI is still pretty dismal, but I am invested mostly in index funds, and I didn’t miss out this big run-up in stock prices over the last couple of years.

Buy and hold doesnt work if you dont hold. It was tough riding out this last downturn, but I am up on everything now. Just paid off the house. Life is good.