For about two years, I’ve been using a credit card from Chase that offers rewards in the form of miles for the airline I travel the most frequently, first Continental Airlines, then United Airlines. I opened the Continental OnePass Plus MasterCard two years ago, at that time one of the credit cards for airline miles (for those traveling frequently on Continental Airlines) to take advantage of a significant sign-up bonus and to use the card as my primary card for personal expenses.

Several months after signing up, Continental and United Airlines began a merger process that would eventually involve all OnePass Plus credit cards becoming United MileagePlus Explorer Visa cards. Because the cards would be virtually identical, and because Chase was offering another significant sign-up bonus for new MileagePlus Explorer owners, I decided to sign up for the United version of the card before the merger would be complete. 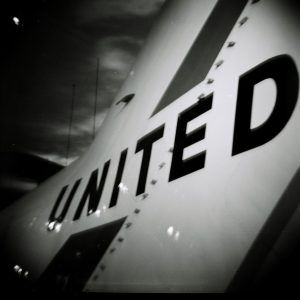 As a result, today I have two cards designed for accruing airline miles — one a Visa Signature and the other a MasterCard. The MasterCard is the former Continental OnePass Plus card, and September 1 was my anniversary as a card holder. For a rewards card such as this, the anniversary was an opportunity for Chase to charge an annual fee. In my case the fee was $85 dollars.

I signed up for two virtually identical cards just to take advantage of the sign-up bonus. There’s no need at this point for me to continue to carry two cards. When I opened the United MileagePlus Explorer Visa, I made that card my primary spending account to take advantage of more bonus miles (10,000 miles after spending $25,000 on the card each year). I knew I wouldn’t be spending $50,000 each year to be able to take advantage of both cards’ annual bonuses, so I left the MasterCard lingering, using it only for occasional small expenses. That’s not a status I’m willing to pay $85 for, despite receiving annual airport lounge passes.

Yesterday, I called Chase to determine whether I could close the infrequently-used MasterCard and have the annual fee reversed. I waited about five minutes for the customer representative to take the call, and it was one of the smoothest calls I’ve experienced. For all who complain about customer service, it is rare that I ever have any problems dealing with anyone I call, and this wasn’t an exception. The representative was willing to reverse the fee and close the account, though he did for a short moment try to encourage me to leave it open. “Some people like having both a Visa and a MasterCard,” he explained.

The old card still has some automatic payments that I’ll need to change.

Now that I’m not glued to Quicken to review my transactions as often as I used to be — there was a time I’d look at my accounts in Quicken every day — I’ve become a little distant from my spending. This is giving me a good opportunity to look for waste in my spending habits and cut back a little, particularly if there is something I’m paying for but not using.

I don’t think Chase would have been willing to reverse the fee if I had requested the account stay open. I could have taken a more aggressive approach, threatening to close the account if the fee was unable to be reversed, but as I was already not using the card for most of my spending and my primary card is offered by Chase and virtually identical, the threat would have been meaningless.

Before I called, I had a few things to consider.

I’ll be monitoring my credit score over the next few months to determine if closing this account will have any effect. I expect that any effect would not be large enough to, for example, put me in a different pool for mortgage qualification should I decide to take out a mortgage.

Regardless of downstream effects, I was happy yesterday to save the $85 annual fee. For the rewards I get including free checked bags, easy access to first class upgrades, and access to the United lounges at the airports I visit frequently, the fee is worthwhile given the amount of traveling I do on the same airline — but only worthwhile once a year.

Most banks score customers in advance of a customer service call. For simplicity sake lets say the rep had one of three button colors next to your account: green, yellow, red.

Customers with green buttons get special favors. Even though your account was inactive, they probably saw you as a high potential account. Banks regularly review your credit report and look at whether you are carrying balances with other cards, and paying on time. You might have had a green button.

If you had a red button they might not of been so accommodating.

I’ll be seeing if Chase will waive their Sapphire Preferred fee when I get to a year. If not I’ll be closing the card. The $400 sign up bonus was worth it though.