Earlier this month, I wrote about how overdraft fees are becoming more popular with banks finding ways to assess the fees more often, in tandem with raising what the customer owes each time — sometimes several within a day — an account is overdrawn. Laura Rowley’s latest column mentioned that a few congressmen are interested in restricting banks from certain practices.

* Require written consent from the consumer before enrollment in an overdraft loan program.

* Require financial institutions to warn the customer when an ATM withdrawal will trigger a fee — and allow the customer to cancel the transaction at that time.

* Prohibit financial institutions from manipulating the order of check clearing or delaying the posting of deposits to increase customers’ overdraft loan fees. 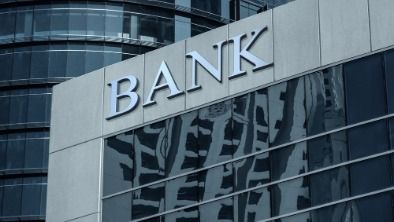 Banks may not be too keen to list their one-time overdraft charges as an annual percentage rate. I’m not sure it makes sense to do so, either. Perhaps seeing a 99% APR would be enough to discourage people from mindlessly overdrawing their accounts.

Some of those rates were above 150% APR. I’d be interested to see how banks calculate an annual percentage rate based on overdraft fees.

Hi everyone, I’m just putting some feelers out there to see if there’s anyone interested in making a pretty substantial amount of cash in a short amount of time. Only thing this requires is that you have an active bank account or credit card . No cash is required up front to start. Which means your account can be on a zero balance and that’s completely fine.Feel free to text +1(314) 856 1730, lets talk about the next deal

banks have to have their computers set to handle these checks by amt rather than date so that makes even less expensive to them to handle this theft this is something aimed at midle and lower class of people. and for the bank to call this a fee is far from true. a fee is defined as the cost doing the action that you are making your charge for. that cost is little or nothing since it all computerized congress will not do anything because their income [or part of comes from banks] we have crost the line and we don t own our elected officials. the banks and industry do. get used to it we are there.

Yes, we’d all be interested to see how banks calculate APR for overdraft fees, but that isn’t likely. In fact, now that banks are being scrutinized, watch for them to back the attack on payday lenders so as to turn the heat away from themselves.

I agree with all of these points especially #3 (#2 is a little overboard). the fact that banks use “high-low” check clearing to maximize overdraft fees is completely ridiculous.

Individuals overdraw their own accounts not banks. People should learn to balance their checkbook. There are a lot of ways to verifying if checks have cleared your account or not, online banking, telephone banking etc. Banks also have o/d protection, thru another account or line of credit. Even a 18% line of credit is cheaper than paying $32 per item o/d fee. While I’ll agree that the fees are excessive, if people took more responsibility for their own actions they wouldn’t be paying o/d fees.

I use to be a personal banker at a bank. Our fees were lower before we were bought out. We would always call customers to let them know abt being o/d. We would mention o/d protection. Some people didn’t have enough money for o/d protection thru another account. Others didn’t qualify for a line of credit or credit card o/d protection. I found there were people who were consistently on my list. Because they didn’t balance their checkbook, never check to see if they had money before writing checks.

If I was able to, I would help balance their checkbook. I would show them how much they paid in o/d/ fees. I think as long as most of the checks were being paid, a lot of people don’t care. That seemed to be the attidude of customers I dealt with. Never could understand it. I would not want to pay thousands in o/d fees a year. I wouldn’t want to pay even one fee.

I think of the 4 bullet points proposed, #1, #3, and #4 are appropriate. #2 leans too much towards nanny-ism, and I can just see someone suing a bank because “The ATM said I wouldn’t overdraw” when a check comes in right after the transaction.

Rates You Need to Know

All You Need to Know About Banking