When Consumer Reports tests new cars, their staff shop just like consumers. They stop into dealerships and buy cars without giving any indication they intend to test the cars for a major magazine. Rather than receiving specially tuned or improved vehicles, the magazine takes to its test center the same cars ordinary shoppers would buy.

Testing involves both subjective and objective evaluations. Consumer Reports offers a number of short videos explaining their testing methods. featuring their 327-acre facilities. Here’s their explanation of how they test acceleration:

For the first time in six years, two American brands appear on the list of best cars of 2010. The typical criticism of Consumer Reports is that the subscribers overall tend to be more liberal than the “average American,” and this results in a favoring of cars built by foreign-owned companies. For the reliability portion of the ratings of new cars, Consumer Reports relies on subscriber-submitted reports of problems. 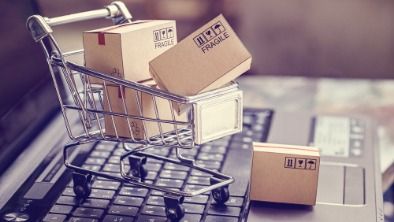 It seems to me that if subscribers are in fact more liberal, and there is some kind of correlation between liberalism and ownership of foreign brand cars, there are more opportunities for subscribers to report problems with the cars they own. This should lead to an overstatement of the occurrence of problems in foreign brands and an understatement of problems in domestic brands.

If there is a flaw in my logic, I’m sure someone will point it out.

Here are Consumer Reports’ picks for the best cars of 2010:

Do you own or plan to own any of these 2010 models? Let us know if you’re happy with your purchase.

< Previous Tax Refund: Spend It, Save It, or What?
Next > Sallie Mae Bank Savings Account Opening Review

DJ! That was actually a pretty funny post! I’ve been a fan of Consumer Reports and Ralph Nader for a very long time, because of the focus on the consumer’s best interest and value for the dollar. I think that publication and Consumer’s Union reflect high integrity and common sense. Your remark about GM cars being overrated by CR was especially amusing, since they would have to transform their quality in order to get an honestly good rating. You are 100% right that dollars are votes, and there is no stronger vote than that of the wallet.

I don’t know whether CR subscribers are more liberal than a random sample of Americans or not, but CR as an organization is clearly liberal. They came out in support of Obama’s take-over of the medical insurance/care businesses. In my opinion, they are not a “non-partisan consumer group”. I wouldn’t be surprised to see GM cars over-rated by CR in the future since Obama now runs GM. Ford’s vehicles will probably be under-rated.

I canceled my subscriptions to CR and CR Health today. I encourage others who oppose socialism do do the same. Remember: Dollars are “votes”.

I recently purchased a 2010 Subaru Forester and couldn’t be happier. I traded in a 2008 Mazda 3. I tend to hold on to my cars for a long time. My previous car was a 1999 Saturn SL1 that was in great shape, but unfortunately was totaled in an accident in 2008 (thankfully, both my husband and I walked away without a scratch). The Mazda 3 was great most of the time but awful in the New England snow. I hated trading the Mazda so soon, but I just didn’t feel safe driving in the snow in it.

I’ve only had the Forester for a few weeks but it performs great in the snow. I won’t drive in a bad snow storm (no matter what vehicle I drive), but for the minor 6″ inches or less storms, the Forester is great. And I’m blown away by the gas mileage as well. The Mazda averaged 28 mpg, the Forester so far is 25 mpg and my commute includes a 10 mile stretch of stop and go traffic. The Forester is a very smooth ride. My husband and I did a lot of research and decided to go with the Forester because we felt like we could get the most bang for the buck with it. I was honestly surprised at all the amenities that came with a vehicle at that price. It’s definitely the nicest vehicle I’ve ever owned and for us we felt it was very affordable. We asked around and we have plenty of friends who have owned Subarus and not a one had a bad thing to say about them. That kind of brand loyalty impressed us. I would totally recommend a Subaru Forester to anyone.

Sidenote – I really wanted a Toyota RAV 4 and was debating between two and then the recalls happened and my decision was made. How happy am I that I dodged THAT bullet?

While I do think CR is reliable, I think that most cars will last…if you take care of them. Maybe Asian cars are designed to be abused? And American cars need more TLC?

This is just me thinking out loud…so take it with a grain of salt.

Well, there is some truth to the idea that overall, cars are made to last longer than they have in the past. But they are still designed to encourage the owner to make regular trips to the dealership where they can be subjected to up-selling.

You gonna upgrade your Civic Flexo?

Well they never said it was a list of the best car values.

I don’t plan on buying a 2010 model, but I’m very happy with my ’08 Forester. I’m glad to see it on the list, but don’t like the tapering of windows in the newer models of many vehicles including the Forester.

There’s a flaw in your logic 😉

Consumer reports readers may very well report more reliability issues with foreign cars. But, presumably, CR tabulates these as a percentage rather than simply the pure magnitude of reports. So the reliability of cars should not be consistently biased in one direction or the other. However, the accuracy of CR’s reliability estimates may be better on foreign cars due to the larger amount of feedback they receive.

Yup it really depends upon how many submissions they get so it’s statistically significant. Regardless if their readers or “liberal” or not.

If I recall, some of the areas of reliability they have N/A meaning they don’t have enough submitted feedback?

Not one car in our list of cars we are looking to buy this year. 🙁

I’ll have to pick up this mag.