Don't Tell Teens Too Much About Credit Cards

I wrote earlier about the JumpStart Coalition‘s highlight of the Citi Curriculum for children in kindergarten through young adults. I thought this curriculum had excellent suggestions for teaching students of a variety of ages about basic tenets of money management. Janet Bodnar, an author and seminar leader, thinks these lessons have too many details. 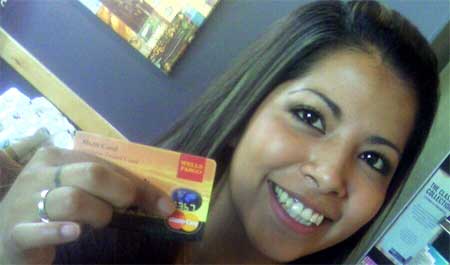 I am reminded of Austrian emperor Joseph II who criticized one of Mozart’s operas for having “too many notes.” (Yes, the quotation is historically accurate, it’s not just from the movie Amadeus.) There seems to be an underestimation of the human brain — more commonly of the teen-aged human brain — and the belief that too much information can be a hindrance to sound decision making.

Sometimes, yes. Bodnar suggests focusing on the big picture and basics, which is fine if what you’re teaching is the truth. But you have to provide supporting facts, as well. Catchphrases and rules of thumb may make things easier to teach, but they show that you don’t respect the mental capacity of the person you’re talking with. Citing statistics is one example, which Bodnar does in her article:

For instance, let kids know that people who use credit cards spend more compared with those who use cash or checks. One study found that customers at fast-food restaurants spend 50% more when they pay with plastic rather than cash, says Baylor University marketing professor James A. Roberts, who studies credit usage.

Statistics are meaningless without details. In this case, we have no information about how the one study was conducted. Notice that this clearly says “one” study. “One” other study may show the opposite. Did this survey test a representative population? Were the same individuals used in the study in two situations, once with cash and once with credit, or were separate population samples used for the cash and credit groups? What other differences were there between the two groups? How were independent variables controlled? How are we sure of a cause-effect relationship between the method of payment and amount spent?

These may sound like boring details, but they make all the difference in understanding what the statistics truly mean.

Focus on the big picture and the basics, backing it up with personal experiences like Janet Bodnar suggests, but if you really want to teach, it’s going to take more than misleading statistics and four-word platitudes. JumpStart Coalition suggests allowing your teenager to see your credit report. Boring to a teenager? Yes. This is probably not the best way to illustrate the importance of good credit. Have them sit in on your meeting with a mortgage broker or bank as you apply for a loan. Boring to a teenager? Maybe, but more educational. Then show them the credit report as an explanation for why the mortgage interest will cost thousands more over 30 years than it could with a clean history.

< Previous New American Express Bonus: 40,000 Points (for Big Spenders)
Next > Opportunity to Buy A Dream Car For a Great Price

since 98% of my spending is done with Credit Cards (and paid off monthly), I’ll have to find some way to bring up this very important topic. Of course, by the time I have kids and they are at CC ages, there will be some new payment system.

Yeah, “r,” I agree. We don’t need to overscare young people because when they see what we’re saying isn’t quite true, then they’re more likely to dismiss it.

(the whole “just say no” campaign kinda sucked too. “above the influence” is a bit better, imo)

You are so right! Stupid slogans, oversimplified details, and misleading statistics all remind me of my own time in the DARE program – as well as (1) the period in 3rd and 4th grade when I assumed my DARE teachers were right, and anyone who smoked pot DID end up a heroin addict on the streets, and then (2) my realization in 5th grade that, well, err, no, that didn’t seem to be true at all – perhaps everything adults had told me about drug use was a lie? Apparently I had to start over figuring it all out – this time, based on what I could see and what my friends told me.

Not a good way to educate young people. Even a grade school kid can understand when they’re being told the truth and when they haven’t….

An excellent option for teens is prepaid credit cards. They get the experience of using plastic with an automatic “limit”, which can be set as high as the parent wants.

Once they get an understanding of how plastic operates, parents can upgrade them with a low-limit credit card to build credit. And go from there….