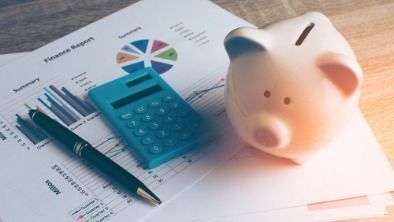 You may remember Dustin Diamond as “Screech” from the television show, Saved By The Bell. I heard about his situation a few days ago. He appeared on Howard Stern’s satellite radio show and begged his fans to buy his tee-shirts so he could pay off his house, as he has run into sorry financial times.

I have a real problem with celebrities asking for money from their fans. He purchased a $500,000 house in Wisconsin, and he should be responsible and move out if he can’t handle the payments.

Apparently this is not the whole story. His parents mismanaged his earnings when he was a child actor and allegedly stole money from him. With Dustin’s bad credit, he wouldn’t qualify for a tranditional mortgage “quick enough,” so he decided to enter a “land contract.” Here’s his side of the story.

The owner of the contract supposedly wants the house back and has called the loan. Now Dustin has two weeks left to come up with $250,000. I do feel a little sorry for him, but it sounds like he jumped the gun and purchased a house before he was ready.

So what is a “land contract?” I didn’t know until I looked it up.

A land contract, which is more common in the mid-west, involves a seller who finances his property to the buyer. The buyer can place a smaller down payment than a bank would require, and then makes regular payments. The seller remains the legal owner of the property while the buyer owns the equity and qualifies for the tax benefits one would find in a regular mortgage.

In some cases, and apparently in Dustin’s case, the seller can foreclose out the buyer quicker than a bank can foreclose a typical mortgage.

Dustin is hoping there are thousands of Screech fans out there, ready to buy tee-shirts and pay off his contract in the next two weeks.

A lot of people didn’t get them because he didn’t finish paying for them. Dustin is a scammer and liar from way back who has burned more people personally and professionally than anyone I have ever known. His “foundation” is also a big scam.

Ok so his family may have stolen his money but they didn’t ruin his credit,he did that.If you can’t afford to buy a 250,000 then you shouldn’t buy it.

This is a message to anyone who purchased a shirt, for any reason.

I purchased a shirt, paying with paypal (given proof) in June.

It has been months since then and I have recieved no shirt.

I have made requests for refunds and for info on what’s going on and have had no reply.

If anyone has has the same thing happen, please e-mail me.

All we need is people to say “yes I paid, I have proof, and I have no shirt”

This is outright fraud. And something needs to be done.

E-mail me, and I will get something done with enough support, PLEASE.

This is complete BS. He can’t afford a house and he begged people to help. He said it wasn’t a hoax, he said he hoped enough people would pitch in to help and they did and he screwed everyone.

He got me too guys, please let me know if you hear anything

I never got a damn shirt either!

if we could find a good few hundred people, I’d suggest we sue screech…. he’s a fucking hasbeen.

I bought a shirt thinking it was funny because everyday before school i used to watch saved by the bell….I NEVER GOT THE SHIT! I wonder if its a scam

I wonder if he made the deadline which was today. I was almost tempted to buy a shirt and help him out..’til I read his website which kind of turned me off. I won’t send any $

BTW, there’s also a horrible Screech fan blog out there too which was critiqued over at AwfulBlogs. **SHAMELESS PLUG** 🙂

but hey if he gets his money then I guess power to him for transferring wealth away from idiots.

I do feel sorry for the guy, just like I’d feel sorry for anyone else who got themselves into a bad situation. But it’s time to grow up and be a man, Screech.

Maybe spend a bit of time at Wil Wheaton’s outfit and learn how to handle your former status a little more gracefully.

I hate to share the same name as this guy… I will not be helping him out… but I am sure there are $250,000 worth of profits in his future with these sorts of charades. While most people have some sense… there are enough people without any to take care of him. Besides… now that he is desparate, I am sure one of these reality shows will come knocking for him… like they did for Vanilla Ice.

I was as big of a saved by the bell fan as anyone back in the day but there is no way I’d give him my money. If push comes to shove he might just have to get a regular job like the rest of us.

thats the lamest crap I ever heard. on the website:

1. I want Arthur to lose his cushy job at NYCE where he screws over the working man then laughs at their expense.

I’m sure he really is the working man. there’s even a buy a brick page, ala buy pixels. then there’s his lame ratecomedy site, and uberprints. it’s like he’s jumping on all the ‘popular’ web ideas to make money.

I think it’s very sad that he’s had to resort to this. Am I buying a t-shirt? Heeeck no. The rest of us have to work hard and struggle for our money, why should he benefit from my money just because he’s famous?