Fannie Mae (the Federal National Mortgage Association) and Freddie Mac (the Federal Home Loan Mortgage Corporation) are companies that buy mortgages from lenders. Those lenders, by selling loans to the companies, have more cash on hand to lend to other individuals. Fannie Mae and Freddie Mac then “repackage” the mortgages and sell them as securities to other investors. These are guaranteed investments. Investors will receive the returns promised regardless of the quality of the underlying mortgages.

Those promises have been in danger lately, as news traveled that without intervention, Fannie Mae and Freddie Mac might fail. The companies were having trouble making their obligations to investors.

Backed by the government or not? 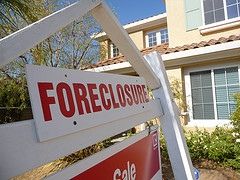 While Fannie Mae and Freddie Mac are government sponsored enterprises, the government until recently did not back the companies and guarantee that investors would be paid in the event the companies failed. That was changed recently when the Federal Housing Finance Agency, a government organization, took the two organizations under conservatorship. Shareholders in the two companies will find that their shares will be devalued even beyond the recent declines in order to help the companies pay their obligations. The U.S. Treasury now has the ability to provide funds directly to these companies to ensure their stability.

Interestingly, Herb Allison will be the new CEO of Fannie Mae. Astute Consumerism Commentary readers recognize this name as the former CEO of TIAA-Cref. Many reports from current and former TIAA-Cref employees tend to agree that Mr. Allison did not do such a great job of cleaning up the mess left by his predecessor at that company.

The possible effects of the takeover

Dean Baker, an economist with the Center for Economic and Policy Research, a think tank in Washington, D.C., says, “I think that the immediate impact will be somewhat positive. You’ll see some drop in mortgage rates because it’ll decrease the uncertainty” that had pushed mortgage rates up this summer.

Why aren’t people buying homes right now? It’s not because interest rates are too high and it’s not because the majority can’t qualify for loans (though I’m sure many people in fact cannot). House prices are still too high. Well, a buyer perceives prices to be too high for what he or she believes to be the real value of the house, but perception is reality. If they believe the price to be too high, they won’t buy, regardless of the mortgage interest rate.

I’m not an economist, but I think in general prices need to fall farther before the housing market picks up and people start believing there is a “buyer’s market.” I don’t think a drop in rates of a quarter of a percentage point will make that big of a difference.

If this takeover amounts to not much of a difference in the lives of Americans, is it really worthwhile for the government to seize these semi-private, semi-public corporations? Remember that now that they are backed by the government, taxpayers are footing the bill for rescuing investors in Fannie Mae and Freddie Mac (that is, the lenders). Perhaps, if you consider that the alternative — letting the companies fail — might have a more devastating effect on the economy.

Photo: respres
How the Fannie and Freddie takeover affects you, Bankrate.com via MSN MoneyCentral

< Previous Get a $25 Bonus With the Amex True Earnings Card
Next > Whoo Hoo: Washington Mutual Next to Fail?

Hello out there, I’m just putting some feelers out there to see if there’s anyone interested in making a pretty substantial amount of cash in a short amount of time. Only thing this requires is that you have an active bank account or credit card in the US. No cash is required up front to start. Which means your account can be on a zero balance and that’s completely fine. Feel free to text +1(314) 856 1730, lets talk about the next deal

Tom…I suppose that may be true but I am still very uncomfortable with the government stepping in to this … yet another step toward socialism in my view. And now the car makers want a bail out? Maybe we need the pain of failure in order to properly recover in a healthy manner. Not in a government (aka taxpayers) propped bandaid fix.

Letting Fannie and Freddie fail would have a devastating effect on the world economy. I heard on NPR that both companies combined have a debt of $1 trillion dollars, that’s more than almost every other country on the planet. Most of the first world nations own some part of both companies. If those bonds were to become worthless, it would destroy, not only the US economy, but severely damage almost every other economy in the modern world.

The world is watching closely at the US gov’t in this situation. If these companies fail, many foreign finance ministers said they will view this as a failure of the US financial system.

It sounds all doom and gloom, but everyone they interviewed said that the US did the right thing in stepping in and taking over. Hopefully something positive will result.

You can hear a phone interview with Buffett at link

What will be interesting to see is what happens to the two GSE’s in the long term. Will the government let them live or will they be folded so that a free market solution can take their place.

Rates You Need to Know

All You Need to Know About Banking