As the story goes, I was about fifteen when I started getting involved with online communities. At that time, however, being online meant using a slow modem to dial various bulletin boards over a regular telephone line. My problem was that I didn’t realize that I was dialing long distance phone numbers. My parents weren’t happy when they received a $400 phone bill.

Most people aren’t concerned with long distance fees anymore. Phone calls, especially with cell phones, are comparatively inexpensive now. Yet, people who don’t have the right plan for their calling habits or go beyond their built-in maximum for minutes used talking, text messages, or data connections, are often surprised by an excessive bill. 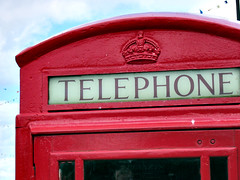 Consumers should be vigilant about their usage, and even more vigilant about their children’s usage if they are paying for this as well. The Federal Communication Commission is proposing regulations that would require mobile phone companies to warn customers before they exceed their usage limits in order to prevent surprise phone bills similar to the bill my parents received a couple of decades ago.

In Europe, this regulation already exists. Customers receive a free text message from the company as they approach their limits. If parents aren’t monitoring their kids usage, they might miss the text message anyway. I don’t have a problem with the rule, but I think the FCC should focus on some of the larger issues in the industry. The cell phone companies already tricked customers into paying twice for every minute on the phone; back in the days of the plain old telephone service, you only paid for outgoing calls. With cell phone, you pay for outgoing as well as incoming, so two parties are paying for the same connection.

There’s no logical reason for not charging every customer for every minute they use the phone, it’s only that it’s a change that has gone largely unnoticed as more people fully forgo land lines for cellular.

In addition to this new billing paradigm, the FCC should focus on making sure customers have true choice in telecommunications products and enacting more standards in the industry. I have no problem with the government agency asking for public comments about warning customers before they’re about to rack up excessive charges, but that’s something customers can do on their own, without help from the government. The FCC should focus on making changes in the industry that customers would like but do not have the power to persuade.

What do you think about the proposed regulation to warn customers before they exceed their monthly limits?

I think it’s a great idea and you shouldn’t have to pay $5 for it. If the rates were reasonable when you went over it would be no big deal. But, the overage rates are vey high and bills can run into hundreds or even thousands of dollars. It’s only fair to warn the user and the technology is easy to implement.

“Customers receive a free text message from the company as they approach their limits.” Can you specify where? Because I used several Europe’s providers (UK mainly) not such a long time ago, but I don’t remember any similar service. I don’t say you are wrong, I am just interested, because I have already some bad experience with phone bills…

I would like to have my cell phone company offer a free feature where I can get a text telling me when I hit a certain # of minutes used on a month or let me set it so that my service just turns off if I hit my limit. I would prefer the companies offer such features but they don’t. T-mobile wants $5 for their ‘family allowance’ plan that sets limits on how much your individual family members can use. That is a good solution but it costs $5/month.

First, as for getting paid twice (on both ends), our cost is actually half what it is in other countries, but only 1 person is paying (well in New Zealand at least). Second, the government is the problem, it should stay out of communications for the most part and then we would probably see cheaper prices and more competition. Third, the FCC shouldn’t force companies to send this text, granted it would be nice for customer service, personally I refuse to do business with cell companies that don’t give me good service and cheap rates, granted I live in a rural area now and have to use verizon (as much as that pains me). I prefer pre-paid t-mobile since they have the best plan for someone like me.

The biggest thing the government can do is to make cell phone companies present their bills in a way that’s readable, logical and understandable. You current need a legend and key to decipher most cell phone bills.