The recession has inspired a focus on saving more money among Americans, even if this focus is likely temporary, giving way to excess spending once employment returns to a sustainable level and credit becomes readily available. But for a short time, frugality has permeated the country’s consciousness. It has popped up everywhere, including technological innovation.

A few months ago, Tom Dziubek and I interviewed Greg Grunberg for the Consumerism Commentary Podcast. You might know Greg as Matt Parkman on NBC’s “Heroes,” or as the driving force — and drummer — behind Band From TV. He also came up with the idea for Yowza!!, an iPhone application coordinates retail coupons with your GPS-based location to present you with deals within walking or driving distance.

To prepare for the interview, I tested Yowza!! on my girlfriend’s iPod Touch. Without access to the internet through a cellular network, relying on WiFi, we were still able to find coupons at home before leaving for a shopping trip, saving the coupon to the iPod, and using it in store. One of the drawbacks — and this might still be a drawback — is there weren’t a large number of retailers participating in the program.

When I purchased a Motorola Droid last month, I was disappointed that Yowza!! was still only available for the iPhone and iPod Touch. Droid phones have a Google-based operating system called Android. Although thousands of applications are available for devices running Android, their development is still well behind iPhone applications.

Hidden away in another application, the joy of saving money through Yowza!! is available for Android; I just didn’t know it until I read Greg Grunberg’s tweets more carefully. 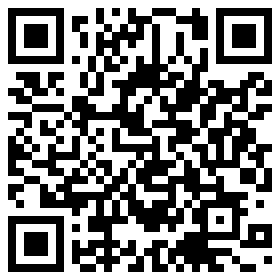 “Where” offers sixteen functions in one free application. It copiously uses the phone’s GPS capabilities to offer weather with a better interface than The Weather Channel’s free app, news, traffic conditions, gas prices, and a business phone book powered by yellowpages.com. The “offers” mini-app is Yowza!! without the brand name. With my Droid, I can walk into a store, display a page, and get my discount, as long as the store has established a relationship with Yowza!! for offering coupons.

Within 15 miles of my apartment, I can pull up various deals for Toys “R” Us, Babies “R” Us, Sears, Crate and Barrel, Finish Line, Sports Authority, Guitar Center, ULTA, The Container Store, Garrett Popcorn, and CB2. There are certainly more retailers listed now than there were six months ago, but it’s still a disappointing list. Where is Best Buy, Home Depot, and my local pizza place? I understand that Yowza!! is based in California, and west coasters will see more of their common retailers represented, but I envision a future where almost all coupons are available via mobile devices.

Google may have the answer.

Google has determined the most popular retailers in twenty of the largest cities in the United States, Google’s Favorite Places, and has sent them window decals. Like those stickers that notify customers that a store accepts Visa or MasterCard, the hand-selected (or more likely, algorithm-selected) retailers can display a notification that they have a Place Page on Google.

The decals provided by Google contain a QR code (like a bar code) that can be scanned by devices like the iPhone and the Droid. When a QR code is scanned, the mobile device will display the store’s Place Page, a website that contains information about the store including reviews and coupons. With the backing of Google and the company’s incredible reach and reputation, it could take only a short time for Favorite Places to wipe out Yowza!!.

Coupons increase spending rather than decrease spending. If you are going to buy something regardless of a deal, you can save money with these features. In general, I wouldn’t suggest looking for coupons before deciding what to buy because you are more likely to spend money you wouldn’t have spent. Regardless, Yowza!!, Where, and Google’s Favorite Places are great examples of how mobile technology, inspired by the recession, can be used to help customers.

Do you use mobile coupons?

Chalk up another reason I love my iPhone 🙂