Life Is and Isn't About the Money

Accumulating money is not a real goal for anyone’s life. Growing wealth is not the point. People don’t work hard because they want to see their bank balance grow; those of us who track our finances and chart our net worth over time aren’t trying to compete in some financial competition.

I imagine there are individuals who do have an approach to money wherein the increase of the bank balance is the ultimate goal. But this approach misses the point. Perhaps these savers and earners haven’t given enough thought to why they want to grow their wealth, other than believing that society dictates that they do so — or they idolize people in the media who flaunt their wealth. 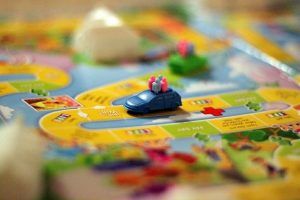 Money exists to be used in some kind of transaction — that’s all. So there’s no point in accumulating money just for money’s sake.

This is a concept I’ve covered on Consumerism Commentary in the past, but I bring it up again because it’s always relevant, and maybe it’s good to have reminders once in a while.

Therefore I’ve stayed away from writing about how I earned money from my business, how I built that business, and how I eventually sold that business for an amount of money that would be potentially life-changing. And it’s a shame I’ve avoided the topic, because it’s really interesting, and I think other people, both those who consider themselves bloggers and those who don’t, would like to hear more about it.

I took the opportunity to write about my experiences and what I’ve learned from turning a hobby into a business for the new Plutus Awards website.

(For those of you who don’t know, The Plutus Awards is an award ceremony I founded. The awards highlight the best in financial media and products. It was born from my own enjoyment of running awards ceremonies, something that started in college with my creation of awards with superlative and funny awards for members of my university’s marching band, with the ceremony at an annual banquet.)

This epic article was influenced by questions I get all the time from other bloggers who want to find a way to earn consistent income from their websites. Of course I’m happy to answer any questions privately, but I haven’t had an outlet in which I’ve felt comfortable sharing all the details.

And the massive more-than-4,000-word article just touches the surface — I could write a book about what I experienced over the past twelve years with my unintentional business.

I expected to receive some criticism from the article. I wrote about how I focused primarily on this hobby-turned-business and didn’t seek work/life balance between my work and social life. One reader felt sorry for me, as if I had missed out on something in pursuit of the almighty dollar. I probably took more offense to the reader’s remark than I should have.

But for me in the year 2000, earning a tiny salary from a nonprofit and living in one of the most expensive areas of the country, I had to do something about my financial situation. Life wasn’t about the money, but I needed to start paying attention to my finances, and I needed to figure out how to get my life moving in the right direction.

When you have no money and you begin thinking about what the future consequences will be, money starts to plays an important role in your life. The trick is being able to prevent yourself from seeking money above all else. You can prevent that by keeping larger goals in mind, by thinking about what the point of having money is. It’s more than just “freedom.” What would you do with “freedom” if you had it?

For me, it was starting a foundation. In 2000, I knew that if I had enough money, I’d start a foundation that focused on arts education. It might have been a little naive to have that as my plan, but the idea isn’t too far-fetched.

After several years as an adult ignoring my finances, I had to make my life about money, at least a little bit, in order to improve my situation. Having been born into a middle class family in the wealthiest country in the world, I had been failing at maintaining that level. My situation, goals, and needs would have been different had I been born in poverty or to a wealthy family.

Now that I’m in a different financial situation, after seeing that hobby turn into a successful business that I later sold, perhaps it’s easy to say that life isn’t about money. When you have enough in the bank to be secure — you don’t have to rely on income from an employer, for example — it’s easier to focus on the grander goal.

Speaking of which, I’m happy that I’m able to reach some of my bigger goals before the age of forty. Remember that arts foundation I’d dreamed about? Well, I’ve changed my approach, but I’m still in the general vicinity.

I’m establishing a scholarship at my undergraduate university for music interns. Did my music education degree relate to how I’ve built my “career” over the last decade? Not directly, and that’s why it might not make sense to people why I want to give back to my university. But my experiences at my college did shape me and my approach to life.

But more importantly, I was required to take an internship for my minor that got me started with the organization that allowed me to get into a financial mess in the first place. The stipend through my scholarship should help students be able to afford to take the best internship opportunities without having to worry about how they’re going to earn a living while working for little or no money.

This will help level the playing field, so the best internships can go to more than just the wealthiest students who can afford avoiding work for a semester.

In addition, I’m also starting a foundation — but this will be related to financial media, like the Plutus Awards. I’ll be announcing more information about that soon.

So I’ve written quite a bit about the work side of my life, and lest anyone thing I don’t have perfect balance between work and non-work aspects of my time on this planet, there’s been a lot going on. Last month, I mentioned my apartment received storm damage. The landlord is still trying to repair the apartment — this is over a month after the incident — and I decided to exercise a clause in my lease that allows me to leave.

There is a world of choice available to me right now. I could do virtually anything. But, I made a commitment to work with a music group based in Princeton, New Jersey throughout the rest of the summer, so I won’t be leaving. I am signing a seven month lease, moving just over the border to Yardley, Pennsylvania, to an affordable but smaller apartment.

I’m downsizing, getting rid of some furniture and other items I’ve accumulated over the years. The lease will get me through this year’s Plutus Awards, and once that is over, I’ll be ready to think about leaving the area, spending the winter on the west coast with my girlfriend and family, and giving myself the opportunity to travel more.

Of course, I’ll need to “balance” these changes with working on my new projects.

Unless I decide to stop and live off my investments for the rest of my life. I’m just not ready to retire, though.

< Previous Which Money Script Do You Live By?
Next > 5 Reasons Why New Chip Credit Cards Won't Reduce Fraud

Hi everyone out there, I’m putting some feelers out there to see if there’s anyone interested in making a pretty substantial amount of money within a short amount of time. Only thing this requires is that you have an active bank account or credit card . No cash is required up front to start this. Which means your account can be on a zero balance and that’s completely fine. Text +1(314) 856 1730, lets talk about the next deal

Great post. There is something comforting about the thought of being able to leave a legacy behind for my children. I work and save because I want them to be taken care of while they are young. I will continue to save so I can retire and spend time with my wife regularly. For me, it’s not about how much or always wanting more. It’s about working toward the end goal.

I’m proud of you for establishing that scholarship. That’s one reason to have money: to be able to make a difference in people’s lives.
What you do with your cash is your concern and yours only. You’ve earned it. Now you get to decide what to do (or not do) with it.
The hell with the naysayers. They can do what they want with THEIR money, but they don’t get to choose for you.