My Ex Paid For a Semester in College By Doing This... 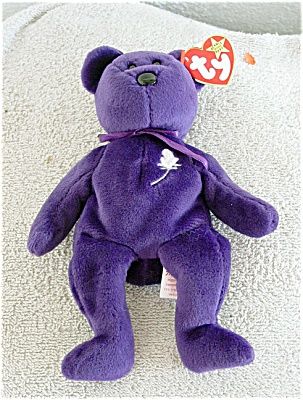 I read on AllFinancialMatters that at least one individual is planning to buy as many of the new Elmo toys as possible and sell them for a mark-up on eBay.

While I agree that parents should be able to raise their children so that they’re not having hissy fits and demanding the latest fad toy, in reality, that’s not always the way things go, despite parents’ best efforts. Regardless, if there’s a market for overpriced toys, it doesn’t hurt to cater to that market by selling the ridiculous things for a profit.

Those who do so are not manufacturing nor marketing the toys, adding to demand, so I don’t have the same problem I would have with companies that market these things to children.

As an undergraduate, my girlfriend had an inside connection to Beanie Babies. These things were a huge fad at the time and they were sold on every block. The manufacturer was smart and manipulated supply and made some more rare than others. This created an inflated demand for certain styles. Each store was only allowed a certain quota of these rare toys. My girlfriend was able to get her hands on the Beanie Babies before they were allowed to be released to the public and sell them on eBay.

From what I understand, this activity produced enough money to pay for a semester at college. Let me explain. The retail price of a Beanie Baby was $5.95. The “Princess Bear” on the street, with a tag in mint condition, was going for several thousand dollars at one point.

I hope it was worth it to someone… I know it made my girlfriend happy. She knew the opportunity wouldn’t last as folks would eventually get tired of those silly little stuffed bears.

< Previous The Story of the $300 Deposit, or: Looking for Apartments, Update 6
Next > Do Not Upgrade to Quicken 2007, It's Horrible

The principal point of cleverness is to know how to value things just as they deserve.
~ Francois de La Rochefoucauld

The Beanie Babie Fad was scary. You had housewives grasping onto their beanie babies and collector books like as if they were stocks.

Anyway, I see nothing wrong with buying these things if you know you can make money off the suckers.

my friend did this with furbies (spelling?) \, a lady told her they would be the must-have toy during the upcoming holiday season so she bought a few and ended up re-selling them for a profit – spring break money, I believe 🙂

I’m pretty sure that in my ex-girlfriend’s case, Ty (the manufacturer) provided a small number of bears to store owners for personal “use” as thank-you gifts whenever a new supply-limited series was released. The company knew they were going on eBay in many cases and tacitly encouraged it. I’m not the Beanie Baby expert, though; she was.

I don’t really have any problem with the guy capitalizing on the Tickle Me Elmo fad — he’s playing by all the rules, taking a chance, and seemingly profiting from it. Good for him.

But it seems a bit more sketchy to sell something that you get from an inside source on ebay. In my company, employees are allowed discounted prices on products, with the caveat that we are not allowed to resell them for a year.

However you do still see products for sale on ebay that appear to come from an employee, and occasionally you even see ‘development’ parts for sale.