Advertiser Disclosure This article/post contains references to products or services from one or more of our advertisers or partners. We may receive compensation when you click on links to those products or services.
Written by Guest Author
Last updated on July 24, 2019 Comments: 7

This is a guest article by Christine Bilger from Quizzle/Zing.

Have you ever watched “Storage Wars”? It’s a real-life series on A&E which follows professional buyers as they scour repossessed storage units for treasures. The buyers on the show will bid hundreds of dollars for the lockers without even knowing what’s inside. It’s pretty hit-or-miss. The lucky ones find a treasure trove and cash in on a hefty profit. The not-so-lucky ones usually just end up with a heap of old garbage. In my opinion, the show is completely mind-numbing, but there’s one element that really puzzles me: why the heck are there so many abandoned storage lockers?

It’s not exactly cheap to rent off-site storage. When I was looking up rates for self-storage in metro Detroit, I was blown away by how expensive it is. One storage facility near me sells spaces that range from $50 a month for a 5×5 non-climate-controlled unit to a 1,701-square-foot monstrosity (non-climate controlled) for almost $900 a month! With those kinds of prices, I can’t believe people would store anything for more than a month or two. 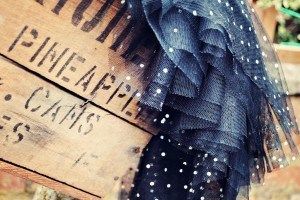 Yet, storage facilities have tons of renters who will secure spaces for extended periods of time. Many companies run specials offering “3 free months” or a similar perk for paying in advance for your extended reservation. That’s how they hook you.

Yes, renting self-storage is sometimes a necessity. People who are relocating or downsizing may need to use it for a short period of time. However, it seems that most people who rent storage are doing so because they need a place to store their excess junk. Those storage lockers you see on “Storage Wars” are not usually filled with things people actually need or use; they’re filled with junk, junk and more junk.

Still don’t believe that self-storage units are a bad idea? Here are six reasons (okay, so maybe a few less than a million!) that you should find a different place to store your stuff.

1. You’re spending money to keep things you don’t need. If you don’t touch it for years, chances are you don’t need it. If you’re holding on to things because “they might be valuable one day,” you’re truly fooling yourself. By the time you’ve paid to store it “until it’s valuable,” you won’t be making money on it, since you wasted all that money on storage.

2. Your stored items might be ruined. We’ve already established that storage lockers are expensive. Climate-controlled storage lockers can be even pricier. Do you think a non-climate-controlled environment is the best place to store “valuable” antiques, collectibles, books, and furniture? Probably not. It won’t take long for extreme heat, cold, or humidity to rough up your possessions: you can expect an array of physical damage from warping and cracking to mold and chemical deterioration.

3. Storage fees are financially draining. Expect to pay at least $50 for a small unit. That $50 turns into $600 after one year. It’s $1,200 after two years, and $3,000 after five! Think of all the new things you could buy instead of spending money storing old stuff.

4. Having extra storage allows you to buy more stuff. People find it necessary to rent storage lockers because they don’t have enough room at home to store their belongings. Storage units can be an enabler for hoarders since they prevent people from ever having to throw anything out. Storing belongings offsite allows you more room in your house to acquire stuff you probably don’t need. If you truly need extra storage space, take all that money you’re spending on storage, and invest it in a bigger house! If you disagree, check out this eye-opening article from Wise Bread.

5. It might get stolen. If it doesn’t get ruined by weather, it might just get stolen. Storage facilities don’t always have security personnel on hand, and depending on the construction of your storage unit, breaking in might not be that hard.

6. Unpaid bills = repossessed storage unit. Let’s turn to that question I had earlier: why are there so many abandoned storage units? After doing a little bit of digging, I found that each state has different requirements for dealing with abandoned storage lockers. In California, for example, tenants must be given at least 15 days to reclaim “abandoned” property. Only after the rental facility has given the tenant adequate time to retrieve the items can they put the items up for sale. It’s important to consider that there are many unfortunate circumstances which can easily lead to unpaid bills, and therefore, cause your items to be sold without your knowledge. If you become severely ill, for instance, you might not be able to get your stuff out before it’s too late. If you pass away, your loved ones may not even find out about the locker before the items are sold. Long story short: you don’t have the same level of control over your possessions as you would if you stored them at home.

My best advice to those of you that rent storage lockers is to get out now! There might be some unique instances in which self-storage is a good idea, but for the average American, it’s just more money you’re sending down the drain. Evaluate your own circumstances and determine if self-storage is really a smart financial decision for you.

We had a storage unit open for a few months while we were in the process of moving. We had some furniture from my in-law’s old house and some random stuff stored there. I closed that thing as soon as we moved because it was just a great big waste of money to me.

Self storage can make sense for short term needs. Its the long term use that ends up the bigger problem. When your 2-3 month short term need turns into 1-2…3 years. then you’re payiing too much to store stuff you might be better off getting rid of.

When I sold my last house I rented a storage unit. Finally a family member told me to stop spending the money and stash the stuff in his basement. It’s been many years, and my few leftover items are still there. You are correct, in many cases you are storing stuff you will never need.

When we were looking for a new apartment, we also thought of renting a storage for the children’s toys, books, and old clothes. We got the one of the biggest shock of our lives when we checked he rates in our area so I asked my sister if we can leave the boxes in her attic for a few months until we have made a decision where to give them out. She agreed. Her children even helped me set up a garage sale in their house. The other stuff that were not sold were donated in the orphanage that our church supports. We did not spend any money on the storage, we even earned money by selling those stuff we no longer needed.

I have only ever rented one for a period of 2 months when i moved. Did not have housing when i got to town so into the rental it went. I was going by 2-3 times a week to get stuff out of it. I got my stuff out as fast as i could. My suggestion is sell the stuff that would go into a unit unless will have everything out in under 3 months. If you are unsure about selling the stuff, sell it anyway and set aside the money you earn selling it in a fund to buy a replacement of anything you end up truly needing. At the end of 2 years take the money from the fund and add it to one of your savings goals or emergency fund.

The only times I’ve used self storage was when I was between college and my job and living with some friends. I put my stuff in storage for 2-3 months while I stayed with a friend for the summer and moved it all out when I moved into my first post college apartment. If you’re just storing stuff because you don’t have room in your house you really should downsize your stuff.

Rented one for about five months and worked diligently to empty it out because of 1,2,3 and 5. But circumstances will oftentimes force this type of spending. For us it was when my Mother became unable to live on her own and moved in with us. Emptying her house and sifting through what was worth keeping and what was salable took time and cost her over $300 bucks in storage fees. Getting a 90 year-old to part with something they’ve had for 70 years can be just as hard on them as paying those bills – trust me on that one – we still have a 70 year old rolling pin – but not in a storage locker.