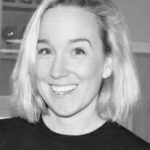 How the new capital gains tax could affect you

Joe Biden has announced his intention to increase the maximum federal rate on capital gains to 39.6%. That’s a huge increase from the current 20% that, though yet to be pushed through congress, sounds like it would have material impacts on certain individuals.

So how would it affect you? Well, that depends on your income. The White House asserts that it would only be investors who have incomes above an annual amount of $1million that would actually end up paying that much higher capital gains tax. For those that earn below $1million they will not attract the proposed 39.6% or, indeed, any increase at all in capital gains rates or levies.

However, it could still arguably affect them. The impact will remain to be seen as to whether it actually alters how much investors end up investing – affecting overall growth in the stock market. Some argue that in reality, it would not add as a detractor for investors who should still enjoy growth due to other economic drivers and monetary policies.

Either way, it’s not something to be too worried about just yet. Ultimately, the large increase in the rate is yet to be pushed through by Congress and could, in reality, be much, much lower.

The new child tax rules may become permanent, but what are they?

The American Rescue Plan was published in March outlining many new initiatives to help the population in a post COVID world. One such welcome piece of news for many was the higher child tax credit which looks set to benefit the lowest income families with children.

And, now, there is talk that it may even become permanent. But what are the rules? Previously, lower-income families were not eligible for the child tax credits in place which was $2,000 for some families. Now, that credit has raised to $3,000 per child or even up to $3,600 if children are under 6. Plus, children who are 17 also can be claimed for and available to a wider demographic.

The changes may affect you. Previously the credit began to be phased out when an adjusted gross income reached:

Now a person can claim full child tax credit if their modified adjusted gross income is:

Buffett spoke with his fellow business partner Charlie Munger for almost three hours and offered his views on a wide range of subjects, from the US economy to SPACs to Elon Musk.

But what were the key takeaways from the AGM?

Arguably, some of the most interesting comments he made were on the US economy and the relatively new President with regards to the aforementioned tax rises. Buffett claimed he was not worried about the higher taxes Biden will be implementing.

On Apple stock, the seasoned investor admitted that selling some of his holdings was probably a mistake given that the shares have continued to enjoy the rises that characterized the tech-led boom of late 2020. He went on to be complementary to what Apple offers. He added that ‘the brand and the product – it’s an incredible product’. Apple investment often attracts much debate so it was good to hear this heavyweight investor’s view on the company.

With respect to other stocks that investors may be interested in adding to their portfolio through tracking apps, he was also complimentary of Elon Musk and his SpaceX company. When asked whether Berkshire’s insurance business would consider insuring Musk’s want to start moving people to Mars, Buffett said he implied he would be far more likely to insure the company if Musk was still on board than if he wasn’t.

Finally, Buffett defended his positions in Chevron. With a global move towards investing in greener stocks that promote a drastic reduction in carbon emissions, Buffett asserted that he was happy with his position in the oil and gas company. He stated that the company was not ‘evil’ and that while climate change is definitely a concern for the future, that does not make the industry as a whole a bad one to invest in now. The use of hydrocarbons and fossil fuels will continue to be used for a while yet. In fact, he logically asserted that oil and gas will be used until suitable alternatives can stand up to the demand required of them by the global population. Currently, they do not.

Janet Yellen suggests the Fed may have to slow down inflation

Inflation is one of those things that many of us have not had to deal with for an incredibly long time. Recently, the Fed has even implemented a new strategy that allows inflation to go above 2% for a certain amount of time, to try to raise the annual average inflation rate to the target of 2%. Now, it looks like we are in a time where inflation is returning and slowly creeping up. So much so that previous Fed Chairman, Janet Yellen, has questioned whether the Fed should raise interest rates. But how will that affect the common saver and investor?

Firstly, it is good to understand a few inflation basics. Inflation, when at a steady rate of around 2%, can be a highly beneficial thing for the overall economy and therefore the population as a whole. However, the latest figures, according to tradingeconomics.com is that in March 2021, inflation jumped to 2.6% from 1.7% in February. While 2.6% is still a relatively moderate number for inflation to reach, the jump is what has made many economists talk. In the past year, movements in inflation have been just a couple of decimal points, so the almost 1% surge has raised some eyebrows.

But why? Well, for the day-to-day investor, inflation, when not matched by a rise in wages means that they can buy less from their monthly income. If inflation continues to surge it can impact a US citizen quickly.

However, the Fed has tools at hand to ensure that the inflation that does manifest itself helps grow the economy – and not negatively affect the lives of the US population. The Fed can control those aforementioned interbank interest rates, which they often raise during times of higher inflation. The intention would be that higher rates act as a brake on the inflation occurring as high street banks simply pass on the higher interest rates to customers – either by penalizing them for taking out loans or for rewarding them for saving.

And that’s the crucial point for the everyday person – how inflation hits rates at banks. For those with personal savings, it is a good idea to keep an eye out for accounts that are offering better rates than seen previously. Doing so can help individuals identify the best savings accounts that yield the most. As a result, money keeps growing as opposed to reducing purchasing power, which inflation can easily do if it gets out of hand.