A new academic study to be presented next week focuses on workplace data gathered over the past twenty years. Questioning the reasons for the patters they found, the researchers from Cornell University and the University of Notre Dame conducted business simulations to get to the roots of the issue. As a result of the data analysis and the simulations, the researchers have discovered that people described as having agreeable personalities earn significantly less than non-agreeable jerks.

Nice women (“most agreeable”) earn 5% less than highly disagreeable women. The difference is even more significant for men. Nice guys earn even 18% less — almost $10,000 less — than highly disagreeable men. This tends to follow what I think most people expect. The study doesn’t show that a negative attitude causes a higher income, so don’t head off to work and begin acting like a jerk. The study shows a correlation. 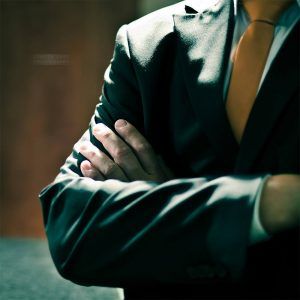 The same personality aspects that might make someone disagreeable may help someone be a better negotiator. For men, the study does show that people rated more aggressive are more likely to be designated in a management track in their career. In fact, in simulations, men described as “highly agreeable” often were not awarded jobs despite having the same qualifications as men described as “disagreeable.”

If anything, the study is a reminder that if you want to earn more in a corporate setting, you need to speak up for yourself once in a while. Being assertive might lead people to characterize you as highly disagreeable, but if it’s money you’re after, the trade-off could be worthwhile.

Whether you work in a corporate environment or you work for yourself and deal with clients, are you assertive enough to make the most of your opportunity to earn income?

For people who aren’t assertive by nature, being more aggressive can be emotionally draining.

i did not expect the results to be different, and i can generally agree with the points made; however, i do think that in many cases a quiet/agreeable individual can gain several advatages to the loud/argumentative person. the cases may not be as numerous as the other way around, but a quiet/agreeable person may gain trust more easily and be privy to more information than the said loud/argumentative person.

I consider myself nice and I also have a hard time when asking for a raise. I have always been told that you should not brag on yourself and that if you work hard you will be rewarded. That is not true. Ine our office there is a guy who beats his own drum and will “tell” on anyone. But yet my boss and his boss LOVE this guy. I know I need to get more agressive but I do not know how to do it without being a b***ch. But I need to look out for myself and my family so I will have to man up and learn.

I think these results are pretty self-evident and, if you look, you will find similar results in almost every aspect of life requiring social interaction. Who are the men/women who are most successful with the opposite sex? It’s usually the ones who are difficult and play hard to get. The phrase “nice guys finish last” didn’t spring up without a reason. People value something more if they have to work hard for it…practically everybody would agree with that statement. That extends to hiring situations as much as it extends to everything else in life.

So true. I have the hardest time negotiating a raise for myself, even though I have been commended repeatedly for doing an outstanding job. Not sure what gene I possess that causes me to waffle when salary negotiations are on the table.

However, there is a really good book by Mika Brezenski (sp?) called “Your True Worth” that chronicles her struggle with being paid a salary comparable to her co-hosts on Morning Joe (on MSNBC). Written mostly for women, it’s a pretty quick read and a good reminder that we aren’t the only nice ones out there getting screwed out of our rightful salary. 🙂

This is sad, nice people earn less. But not surprising. I have a family member who has always been over the top nice to everyone. He’s not a high earner, but when things go wrong in his life, a huge posse of people turn up to help out. In my mind, life has a way of settling the score.

One thing I’ve done in my job is become more vocal, proactive and aggressive in doing the best job I can and increasing my salary.

I think there’s much truth to this concept, though in my view it’s centered around perseverence. The person who truly is tenacious in working toward goals will do what it takes to win. The hunger and drive to reach the goal and achieve success and get people to be assertive. I think that’s the issue vs. nice people finish last, though the latter is how it presents itself.

I usually have a reputation for getting things done at work! I don’t think I am abrasive about it, but I don’t think I would be described as a “nice” guy either. I am usually just firm and back it up with sound reasoning.

It’s funny, but when it comes to my opinion, blogging and commenting on other blogs, I’m pretty argumentative and vocal. People always ask why I didn’t go into law sine I like to debate so much. But at the same time, I have trouble putting my foot down and demanding a raise, or growing a set to be able to walk away. Even with my side business, I would rather not even deal with someone than have to negotiate or “convince” them to hire my firm for whatever reason.

This article has a lot of truth to it. Because I am a people pleaser, I am less liking to kick and scream for a raise. I would rather would my butt off then awkwardly negotiate a raise.