10 Inexpensive Things You Could Do This Summer

If you happen to live in the United States, enjoy your Independence Day! I’ll be searching for a concert and fireworks display to my liking this evening to attend with my girlfriend. For the remainder of the summer, here are some suggestions for having a good time without spending too much money outside of travel. These suggestions are directed towards someone living in my general vicinity. If you’re elsewhere, they may at least provide you with some broad suggestions.

Your mileage may vary — literally and figuratively.

1. See the New York Philharmonic’s Concerts in the Parks Series, where admission is free and the music is unmatched by any group in the world, and you get fireworks, too. 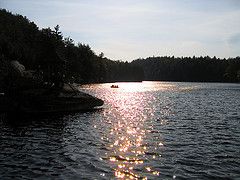 2. Visit Mohonk Preserve and go hiking for a day, where a day pass costs $9.

4. Sit under the stars and listen to and watch great singer/songwriters like Jeffrey Gaines, Erin McKeown, Tom Chapin, and Trout Fishing in America at WXPN‘s Concerts Under the Stars series. $10 admission for everyone except those under 16 or older than 62, who get to attend for free.

5. Visit Hacklebarney Farm on the weekend for apple cider hot dogs, cider baked beans, cider donuts and, not surprisingly, apple cider. Find your way through the corn maze. Watch a cider press demonstration. Hike in the nearby Hacklebarney State Park. There’s no admission charge to the farm, but you’ll probably want to buy cider-related products.

6. Take a scenic drive along the New Jersey Revolutionary War Trail, following in the footsteps of General George Washington (or perhaps more accurately, the hoofsteps of the general’s horse). In addition to the battlefields and museums, make sure you note the statue of the man sitting and reading in Palmer Square on Nassau Street in Princeton, which was sculpted by my friend’s ex-girlfriend’s father.

7. On July 7, visit a world-class drum and bugle corps, The Cadets, finish their last hour of rehearsal at Pleasant Valley High School in Broadheadsville, Pennsylvania. Then follow them to their performance and competition in Allentown. You will never see a group of 16- to 21-year-olds more hard-working and dedicated to excellence. If it’s too late for July 7, try July 9 at Hershey Park, though I don’t know where their rehearsal will be. After that, the corps is heading west for the remainder of the summer.

8. Visit and take a historical tour of Drumthwacket, the official residence of the Governor of New Jersey. $5 donation is encouraged.

9. See a movie under the stars. I know of a few outdoor film presentations this summer in Princeton and surrounding towns. I try to attend one or more every summer. There’s something special about sitting outside and watch classic films like Alfred Hitchcock’s North By Northwest. It’s much more intimate than your typical movie theater, and it’s free. Best of all, no one gives you a hard time for bringing your own food.

10. Attend a minor league baseball game, like one played by the Trenton Thunder at Waterfront Park. By the way, Trenton Thunder is currently first in their division. The best seats in the house are only $10!

Like I mentioned above, these suggestions are local to me, but with a little research and knowledge, just about anything can be adapted to where you live. Just don’t expect the Brigham Young University Wind Symphony in Provo, Utah to be as good as the New York Philharmonic — and if you don’t know the difference between “very good” and “best in the world,” you should.

libraries and museums are always a good place to go, especially to get out of the heat and humidity.

If you’re not in the NY area, you can look at the list as suggestions to get you started on finding similar types of things to do, in your own state.

Ahh this is only for new-yorkers 🙁 me and my husband were so bored, we just sat at home all day.

Didn’t know about the concerts under the stars – definitely going to have to check that out.

Hey
Get on the internet and look up your states vistor center website you will be mailed or you can look on the site itself for great ideas of things to do(for little or no money) Call your city hall(my town only has 50,000 people… we not a New York for sure!) They will give you a city calender that has a ton of free events as well, Enjoy!