Are Class-Action Lawsuits Good for Consumers?

Over the past few days, thousands of Bank of America customers have begun noticing unexpected credits in their checking account transaction activity. Thousands more will see the credits when their receive their paper statements for November, and even more will receive checks in the mail.

The long battle with Bank of America over overdraft fees resulting from a process that allowed the bank to maximize those fees each day is finally over. The process began in 2008 with one of the first court filings against Bank of America related to their overdraft fee process for the benefit of the class of customers hit with excessive fees. This lawsuit was combined with a later suit in 2009 serving a similar purpose. 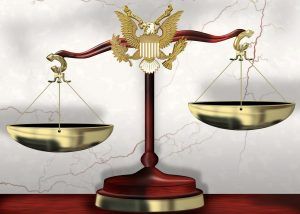 Ralph Tornes in Florida was the plaintiff in the first case; Bank of America charged him $500 in excess overdraft fees. With $195 in his account, he made two debit purchases of $8 and $13, but the bank processed a bill payment of $256 on the same day. Rather than processing the debit charges first resulting in one $35 overdraft fee for the bill payment, the bank processed the payments from highest to lowest amount, resulting in three $35 overdraft fees on the same day. Many customers share similar experiences.

Steve Yourke and Kristin Richards were the plaintiffs in the second case. On December 2, 2007, Yourke received five overdraft fees for a total of $175 rather than two fees had the debits not been reordered to favor the bank. The court documents show other instances of similar activity. A third related case involved a plaintiff named Phillips.

The three cases were brought against Bank of America to the benefit of all customers who suffered similar experiences, and the cases were ultimately joined. After a few years, the lawyers representing both parties reached a settlement. The settlement was followed by an appeals process that finally ended with no changes to the settlement, and this is why customers who maintained their accounts with the bank after instances of excessive overdraft fees are finally seeing credits in their accounts with the description, “CHKING ACCT OVERDRAFT SETTLEMENT CREDIT.”

Bank of America did not “lose” the case, nor are they the parties that filed appeals. The appeals were filed by members of the settlement class who though the penalty for Bank of America should have been much higher — the $410 million is a drop in the bucket for the large bank.

I’ve heard reports of credits ranging everywhere from $1 to $130. The amount of the credit received depends on several factors. I describe the formula in this article. Needless to say, through the settlement process, current and former customers are receiving a “refund” of only a fraction of the excess overdraft fees they’ve paid.

It’s worth noting that these Bank of America customers signed a waiver preventing them from taking part in any class-action lawsuit, but that portion of the customer agreement did not hold up in court. That’s something to keep in mind as more banks require their customers agree to binding arbitration clauses.

It pays better to be in the class of the army of attorneys in this case instead of being in the class of consumers. The settlement awarded 30 percent of the total settlement after expenses, or up to $123 million, to the lawyers. Considering the work on the settlement lasted several years and involved a large number of litigators, and the risk the lawyers took on for spending effort and money pursuing the case without a clear indication they might win, perhaps it’s a fair fee. But it leaves much less for distribution to the customers who were actually harmed by the bank’s policy.

In the judgment, the court said:

… but for the high level of dedication, ability, talent and massive and incredible hard work by the Class attorneys, the Class representatives… I do not believe that the Class would have ever seen not nine percent, not five percent, but not a penny…

Class Counsel achieved an extraordinary result and overcome numerous procedural and substantive hurdles to obtain the Settlement for the Class. As Plaintiffs’ several experts have noted, Class Counsel took on a great deal of risk in bringing this case, and turned a potentially empty well into a significant judgment. That kind of initiative and skill must be adequately compensated to insure that counsel of this caliber is available to undertake these kinds of risky but important cases in the future.

If the lawyers didn’t work through the class-action lawsuits over the preceding four years, consumers would never have received anything from Bank of America, let alone the $1 to $130 that readers have reported thus far, and if lawyers aren’t paid well to take on these risky cases, consumers will be at a disadvantage, and corporations will further expand anti-consumer policies without fear of legal reprisal.

Consumers benefit from the added protection of the threat of class-action lawsuits, but more needs to be done to benefit those harmed.

Also, if you received a credit from Bank of America related to this settlement, please share the amount you’ve received, and describe how that compares to what you believe you paid in excess overdraft fees over the years.

< Previous Price Gouging: How to Know and What to Do
Next > Sadness Inhibits Progress Towards Financial Freedom

This story with B of A is not coming to a stop it is getting worst.
I deposited $750.00 in the bank in cash on July 3rd, that money did not show up in my account until July 8th of course they charge me $35.00 for every check that came in.
What they are doing now is they are putting a hold sometimes for several days on your deposit so they can charge you the $35.00, since I have been with the bank for over 40 years since it was Security Pacific and this never happen I did not know about there policy until $1500 later of NSF charges

Just received a post card check in the mail for $2.18 wow hardly buys a loaf of bread these days…Lawyers win above the consumers…what a joke!

I received about 12.00 ….unbelievable ….. all the money went to the lawyers…..these banks wiped my sons college account out my friends disability acct……and mine….. Its a joke just like the at&t class action law suit, i received 10 cents. And dont forget the IUD class action law suit….they all those women died never seeing a dime and im still hanging on. Maybe they should ban class action law suits because it doesn’t benefit the victims.

The purpose of Class Action is to be able to include folks who cannot afford to “go it alone”. I live in Missouri, too darn close to Class Action Heaven (Madison County, IL), and I see and read a lot about the disparity between victims and lawyers “rewards”. It’s pretty appalling!

Although Lawyers are the real winners in every class-action suit the consumers do benefit from many of the consent decrees and agreements. Their monetary awards are almost always peanuts. (Years ago I received a $7.35 “credit” toward the purchase of my next computer monitor because the advertising said the screen was 5/8th bigger than it really was when measured from the viewable area.) New restrictions on the “Buyer Beware” abuses are usually sensible and well thought out. That said, our Tort system is out-of-control and there needs to be sensible and well thought out measures taken in that arena as well.

The legal system has become so complicated that individual consumers cannot go after big companies. So I see a place for law suits, but lawyers generally end up making most of the money in a lawsuit.

I don’t think we can make blanket conclusions about class action settlements. Each case is different and is settled under different terms. Both sides have to agree to the settlement. Class members can object or appeal if they desire. True sometimes the settlements don’t seem to benefit the (alleged) victims but I’m not sure how you force more benefit to consumers for class action settlements like this.
I don’t think these settlements are something the court or laws can really dictate terms on too much since they are not won or lost in the actual court but settled outside it in bargaining between the lawyers. If it wasn’t a settlement then you could force triple damages or require lawyer fees to be no more than x% of the award or something like that, but then the case would have to go to court and be won in court. Thats a whole nother ball game.

People begrudge the lawyers on their big paydays but you do have to pay the lawyer, they take these cases with the risk of losing and we never hear about the cases that are dismissed or the lawyers end up making nothing on.