6 Ways to Plan for Healthcare in Early Retirement 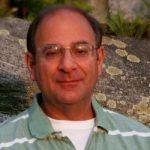 Early retirement has become a growing movement in the past few years, particularly with the nine-year bull market in stocks. But one critical aspect of early retirement–that’s commonly ignored–is how to pay for healthcare in early retirement. It’s not a minor consideration either. In many households, the cost of health insurance will be the second biggest expense, after housing. It’s not an exaggeration to say that if your early retirement plan doesn’t make a workable provision for healthcare you probably won’t be able to retire at all.

The Mixed Realities of Healthcare in Early Retirement

It’s not just the cost of health insurance that needs to be considered. The basic dilemma of early retirement is that you’re no longer covered by an employer plan, but you’re too young for Medicare. This will leave you squarely on your own to cover this important expense, and without the typical low-cost coverage options. A word of caution before we get to the list: going without health insurance is not an option in early retirement. You may save money on health insurance plans, but one serious illness or accident could cost hundreds of thousands of dollars, and wipe out your retirement savings. That will force you back to the job market in short order. And still one more important reality…there are no easy, low-cost or perfect options here. Each requires either paying more for coverage than you want, having less coverage than you want, resorting to something less than full-time retirement, or some combination of all three. Keep that in mind as we move through the list. Let’s get started.

1. You can Stay on Your Employer’s Plan for 18 Months after Retiring

Once you leave a job and a health insurance plan, your employer is required to extend coverage through the COBRA plan. The good news is that it will enable you to continue with your current coverage. But it comes with two large doses of bad news, which is why a lot of people opt not to take it:

The combination means COBRA coverage is a) temporary, and b) very expensive. Best use for COBRA: Use it as a short-term window of opportunity for you to make other health insurance provisions.

2. Take the Highest Obamacare Deductible and Have a Big Emergency Fund

The conventional option is to get coverage on the health insurance exchanges. You can sample the policies available at HealthCare.gov, by completing a few screens with general information. The basic idea is to take one of these policies with a high deductible–like $10,000. Cover that by having at least that amount in your emergency fund. The policies are surprisingly inexpensive if it’s just you, or you and your spouse, and you have a relatively moderate income. But if you have a family to cover, and/or a high income, the premiums can be as big as a house payment. The key to Obamacare coverage is the tax credit, and that’s why a modest income will work in your favor. 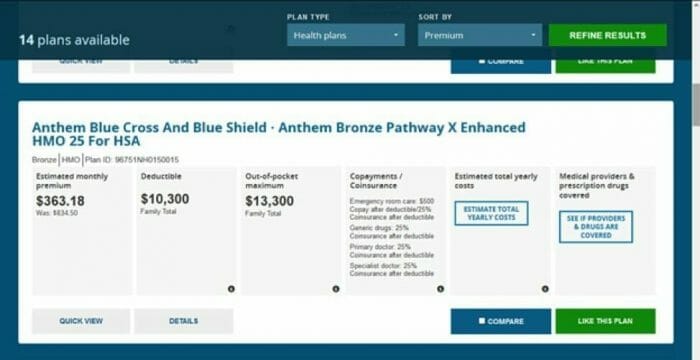 3. Dedicate an Income Source to Pay Specifically for Health Insurance

Let’s say that you can earn $50,000 per year from your investments, and that’s sufficient to cover your basic living expenses–without health insurance. The workaround is to create an additional income source specifically dedicated to paying for the health insurance premium. The best way to do this–and one that renders you no better than semi-retired–is to have a part-time business. Not only does that create an income to cover your health insurance premium, but it also enables you to deduct those premiums against your self-employed income. If your health insurance premium will be $800 per month, you can cover it and fully deduct it against a $9,600 business income. Another side benefit of a part-time business is that you can also set up a health savings account (HSA) to cover the out-of-pocket costs. It’s something of an IRA for medical costs. Your contributions to the plan are deductible against earned income. Withdrawals taken for approved medical costs incur no tax liability. You can contribute up to $3,450 per year as an individual, or $6,900 for a family plan, both for 2018. It makes a compelling case for developing a part-time business in the early retirement planning phase.

4. Get Coverage from Your Spouse’s Job – if He or She is Still Employed

This may be good for you, but it’s a raw deal for your spouse. It means you retire, while your spouse continues to work to provide health insurance. But I mention it because it is possible that one spouse wants to retire, while the other one doesn’t. It’s a rare situation of course, but one that shouldn’t be completely overlooked.

5. Get a Part-time Job with Health Insurance

This is another play on the semi-retirement theme, but instead of creating a part-time business, you’re taking a part-time job. And yes, there are part-time jobs with health insurance. Starbucks is the most commonly cited example, but there are probably more businesses offering coverage than you think. Look at banks, credit unions local governments, colleges and universities, airlines, hospitals, and many retailers. Some offer coverage from working as little as 20 hours per week. My wife and I actually used this strategy to get coverage for our family for nearly three years, and it was better than we expected.

These have been a growing phenomenon since the passage of the Affordable Care Act (ACA). The advantages are that they provide similar coverage to traditional insurance, are a lot less expensive, and are considered “ACA compliant.” Like everything else on this list, it’s not a perfect solution. First, you must be a Christian to participate. They even have specific requirements in that regard. Second, while they’ve been getting better at this, they tend to exclude pre-existing conditions. And third, total coverage is capped. For example, while traditional insurance may go as high as $2 million, a health sharing ministry might stop at $500,000. Still, it’s a way of getting affordable coverage. Below are four of the top Christian health sharing ministries that are worth checking out:

I’ve done some research on Medi-Share and we’re holding it as a Plan B if our current coverage disappears.

Rehearsing for What May be a Permanent Situation

While you’re planning for healthcare in early retirement, you can take some comfort in knowing that you may be planning for a permanent situation. Basically, the Medicare light at the end of the tunnel at age 65 probably isn’t going to be as generous as it is right now. According to the Social Security Administration’s A Summary of the 2018 Annual Reports, the Medicare trust fund will be depleted by 2026, three years sooner than what they reported in the 2017 report. That’s just eight years away, and it’s destined to alter healthcare coverage in old age for the foreseeable future. It’s likely that any “solution” will include either reducing benefits, or raising the eligibility age. But if you’ve been preparing for healthcare in early retirement, you’ll be ahead of everyone else. You can simply continue with the options you’ve been using in your early retirement years. So while there are no perfect options, think of it as preparing your life for the new reality in health insurance. And while you’re at it, be prepared to shift from one solution to another, and always keep your eyes and ears open for new options.

< Previous Can You Trust Your Financial Advisor?
Next > Affordable Health Insurance Tips for the Self Employed

Hi everyone out there, I’m just putting some feelers out there to see if there’s anyone interested in making a pretty substantial amount of money within a short amount of time. Only thing this requires is that you have an active bank account or credit card . No cash is required up front to start this. Which means your account can be on a zero balance and that’s completely fine. Feel free to text +1(314) 856 1730, lets talk about the next deal

Are you from Nigeria?

Freelancer here — I feel your pain! Since I pay for my own high-ish deductible health insurance, I apply a wait-and-see attitude toward most ailments vs. running off to the doctor just because my throat is sore.
For me the annual checkup is about prevention. I go to a neighborhood health center where many of the patients are low- or no-income, so the medicos there are pretty good about not prescribing tests that aren’t strictly necessary.
But even a basic blood panel can reveal plenty. I once interviewed a mountaineering guide who was ferociously fit and felt just fine, thanks. For the heck of it, he went to one of those community health fairs and paid $20 for a full blood panel. The test revealed a very weird number involving kidney function. Specifically, both organs were failing.
Within a couple of years he had to have a transplant. Fortunately he was smart enough to have been born an identical twin. 😉
Point being: The heads-up gave him time to get more tests, learn about his options and ultimately approach his twin. (“Hey, bro, can I borrow….a kidney?”) Thus he was still in fairly good condition when the operation took place; in fact, his recovery was much swifter than his brother’s.
So I would urge people to get an annual exam. I also urge people to get their teeth cleaned twice a year; my sister is a dental hygienist and says it’s a lot easier (and a LOT less painful) to prevent gum disease than to fix it.
She also told me about an uninsured patient who declined a $35 X-ray because she didn’t want to pay for it and her teeth felt fine. Less than a year later she was having extreme pain from a cavity that couldn’t be seen with the naked eye; she ended up needing a root canal. In hindsight, that X-ray would have been a smart move.
Question every test the doctor suggests (a full body scan? really?), but don’t skimp on the basics.

Agreed with Marie. Health care is really expensive. If you wanna retire early , what you must have is savings. Lots and lots of savings….

Here’s a worthless tip for all but the young: Spend at least 20 years in the Military branch of your choice. My heath insurance cost, through the military retiree system, ran me $44/month for both my wife and I from 60 (retirement age) through 65 (Medicare age). Out-of-pocket expenses ran $350/year, mostly dental care and $12 co-pays.

I think it makes a lot of sense to change the definition of retirement a bit. People just aren’t using the term the way that it was used in the past. I think its a bit unfair to call yourself retired if you are running your own business or something of that nature, but maybe that’s just what the future holds for the term.

We moved to Canada! 🙂

Health care cost is very expensive. We can still have health care with ourselves by having exercise everyday and eating right kind of foods. If possible, be healthy as you can.

Saving, saving and saving some more. Keeping myself and family healthy always. And i just hope preventive care is all worth it, with all the labs we go through yearly. Thanks for sharing this.